Why is money discussion taboo?

In the north of Italy, where I live, money and finance are a delicate subject. This is an area that was brought to its knees by the first world war. Hunger, poverty, unemployment and the feeling that the rest of the country has abandoned them and is indifferent to their suffering, led to strong national feelings and closure in ranks. Diseases and natural disasters kept on hitting the population and resulted in a mass immigration to the US and south American countries such as Argentina and Brazil. Communities up and left, whole villages relocated in their entirety to a new destinations hoping for a  better future.

The ones that remained, that bravely weathered the storms and survived, are now reaping the Fruits of persistence. Today, This is a lush, abundant land, bathed in sunlight, with rich soil and  generous vineyards.

The people in this area may have impressive results to show for their hard work, but they haven’t forgotten the past and money is what stands between their abhorrent past and the bountiful present.

Being well off is more than a financial success, it’s proof that you’re a survivor, that you have street smarts and most of all, that you’ve never deserted.

Here in Veneto, money is, more than anywhere else in Italy, a status symbol.

You are judged by your clothes, your  car, your house, your choice of vacation, where you eat, where you shop, and what you shop for. Interestingly enough,  money talk is taboo among the locals, but not so much when it comes to inquiring a foreigner about it – they’re shameless!

There are literally millions of idioms in English about money. I found that they can be divided into ‘got it’ and ‘don’t got it’ groups.

I also discovered, that there is a strong connection between the symbolic nature of currency  (in that it only has value because we as a society have decided to bestow it with one)  and the fact that ‘money talk’ is never really about money. It’s about judgment,  morals, power, jealousy, interests, success and failure.

This week we’re talking about the effect of this particular social ban on intimate relationships, on children (from the morgan stanly site, educating us about teaching our children the value of money, titled: “Effective discussions about wealth and values…” – Ha! and double Ha! ) on teenagers and on family ties.

I’ve included a fun quiz about money (did you know that it costs 2.41 cents to produce a penny?), and some interesting statistics about money and marriage.

18 thoughts on “Let’s discuss your finances” 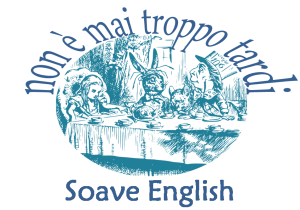